RESTON, VA, August 17, 2009 – comScore, Inc. (NASDAQ: SCOR), a leader in measuring the digital world, in partnership with dunnhumbyUSA, an international leader in building sales and brand value for consumer goods and retail companies, today released the results of an early series of studies it has conducted into the effectiveness of online advertising in building retail sales of consumer packaged goods (CPG) brands, revealing that the Internet can be as effective an advertising medium as television advertising.

Over the course of twelve weeks, online ad campaigns with an average reach of 40 percent of their target segment successfully grew retail sales of the advertised brands by an average of 9 percent. This compares to an average lift of 8 percent for TV advertising as measured by Information Resources, Inc. (IRI) and published in their seminal research paper “How Advertising Works.”

The comScore dunnhumbyUSA research was conducted by examining the retail purchasing behavior of members of the comScore panel of 2 million Internet users who have given comScore explicit permission to monitor their online behavior. The studies focused on the 200,000 comScore and dunnhumbyUSA panelists who were members of supermarket loyalty programs and whose retail buying behavior was measured through point-of-sale UPC scanners when the panelists presented their membership cards at the checkout lanes of participating supermarket stores. By comparing the retail purchasing of comScore panelists who were exposed to online advertising campaigns for a variety of CPG brands with the purchase behavior of groups of “control” panelists who were not exposed to such campaigns, comScore was able to isolate the impact of the advertising campaigns in lifting retail sales of the advertised brands. The groups of control panelists were selected to be demographically and behaviorally similar to the exposed panelists prior to the start of the campaigns. The use of such an analytical design is commonplace in media research and helps ensure that the impact of the advertising campaigns being evaluated can be isolated and accurately measured.

In the comScore dunnhumbyUSA studies, advertising campaigns for brands in a wide variety of CPG product categories, including cereal, cookie mixes, pizza, juice drinks, snack bars, pasta, tea, deodorants and toothpaste, were examined. The advertising campaigns featured display ads, including both static banner ads as well as rich media. Over the course of a three-month period, comScore observed that these types of ad campaigns were able to lift sales of the advertised brands in retail supermarkets by an average of 9 percent. Approximately 80 percent of the online ad campaigns analyzed resulted in statistically significant sales increases for the advertised brands.

The comScore dunnhumbyUSA results were compared to studies of the effectiveness of TV advertising conducted by IRI using their patented BehaviorScan® system. This system is capable of varying the television advertising seen by IRI panelists who have agreed to show identification cards when they check-out of participating retail stores. By eliminating TV advertising among one group of panelists and allowing it to flow through to others, IRI can isolate and measure the effectiveness of TV advertising in lifting retail sales. IRI published the results of 73 such studies in their seminal paper “How Advertising Works” showing that 36 percent of the studies resulted in a statistically significant sales increase at retail. Across all tests conducted, the average sales lift that can be attributed to the impact of TV advertising was approximately 8 percent over a one-year period.

Gian Fulgoni, executive chairman of comScore said: “These early results confirm the ability of online advertising to successfully build retail sales of CPG brands on par with the impact of television advertising. It is likely that the more precise targeting ability of the Internet – especially in terms of accurately reaching the desired demographic segment — is a key reason for its effectiveness. That is meaningful in and of itself, but when you take into account the fact that online advertising is generally less costly than television, these results take on even greater significance.”

“The study results represent very encouraging news for CPG marketers online and offline because the data confirms the ability of online marketing to drive results offline at the shelf level,” said Bill Pearce, senior vice president and chief marketing officer at Del Monte Foods. “These are precisely the types of persuasive studies we are looking for at Del Monte as digital plays an increasing role in our marketing strategy.”

“comScore and dunnhumbyUSA’s work to understand the effectiveness of online advertising relative to television is invaluable in helping marketers understand effectiveness beyond the click,” said Theresa LaMontagne SVP, Director of Data Analytics and Insights, Carat.

“While there is no doubt that advertising can increase sales, measuring that effect is very hard to do. comScore and dunnhumbyUSA’s robust methodology has without question achieved that goal and puts online display in the select club of media that can generate measurable sales in the short-term and build brands in the long term,” added Hernan Lopez, COO, Fox International Channels and dot.Fox Networks.

Sunil Garga, principal of Mphasize, a firm specializing in marketing and media analytics, and co-founder of MMA, a company now a part of the Aegis Group Plc., added: “In our experience based on using market mix models to analyze TV’s contribution in driving sales, the typical lift from TV advertising is around 6-8 percent. The study results look very encouraging for the Internet as a medium to build retail sales of CPG brands.”

Professor Yoram (Jerry) Wind, the Lauder Professor of Marketing and Director of the SEI Center for Advanced Studies in Management at the Wharton Business School commented: “These are most valuable results with significant implications for every CPG advertiser and a great example of the value and power of experimentation.” 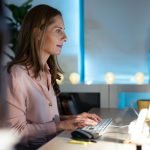 Social Networking Sites Account for More than 20 Percent of All U.S. Online Display Ad Impressions, According to comScore Ad Metrix