“Over the past few years, social networking has become one of the most popular online activities, accounting for a significant portion of the time Internet users spend online and the pages they consume,” said Jeff Hackett, comScore senior vice president. “Social networking sites now account for one out of every five ads people view online. Because the top social media sites can deliver high reach and frequency against target segments at a low cost, it appears that some advertisers are eager to use social networking sites as a new advertising delivery vehicle.”

“Social media is becoming an increasingly attractive vehicle for major advertisers seeking to optimize campaign reach and frequency and smaller advertisers desiring to reach a highly targeted audience,” added Hackett. “As social networking sites innovate on their existing ad offerings, the category should continue to grow in ad volume, while CPMs could also increase if the sites can demonstrate a high campaign ROI.”

What is commercial garden maintenance? 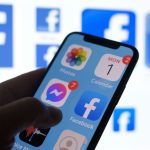 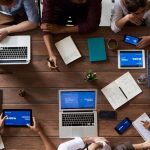