Australian consumers trust personal recommendations, newspaper editorial and opinions posted on websites more than any form of advertising, according to new research.

The latest twice-yearly Nielsen Consumer Survey found that recommendations from people they know was the most trusted form of brand information, with 93% confident the recommendation was trustworthy.

A further 67% trusted the editorial content they read in newspapers, with 64% happy to draw upon the opinions of people via the internet.

Email subscriptions and newspaper advertising fared strongest of any ad platform, with 62% and 60% of respondents saying they trusted these platforms, respectively.

Radio advertising scored a 57% trust rating, the same figure as TVCs.
Brand websites were trusted by 59% of those polled, while magazines and cinema ads scored 54% and 53% respectively.

Despite the growth in mobile phone usage, and accompanying advertising, 88% of people said they didn’t trust text ads on mobile phones. Similarly, online video and banner ads were not trusted by 77% and 81% of people, respectively.

“The explosion in consumer generated media over the last couple of years – Nielsen now tracks over 100 million sources – means consumers’ reliance on word of mouth in the decision-making process, either from people they know or online consumers they don’t, has increased significantly,” says Mark Higginson, director of analytics at Nielsen Online.

“However, some of the newer forms of advertising consumers are seeing, such as video ads online or advertisements sent via SMS, are less familiar and therefore cause a certain level of scepticism.” 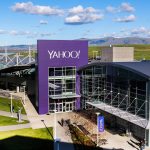 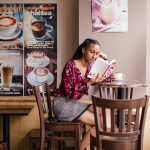