Online is likely to be the major “winner” of the US recession, as marketers shift funds into more accountable media. Television should also perform comparatively well, but newspapers look likely to face a highly challenging climate.

These are among the main findings of WARC Online’s study US media winners and losers in the downturn, which forecasts that US adspend will fall at constant prices by 2.5% in 2009, following a decline of 5% last year.

An assessment of previous US downturns suggests the current advertising slowdown may be more severe than that of the early 1990s or at the start of the new millennium, and could resemble the “bath shape” with which Sir Martin Sorrell defined the latter slump.

Online, however, is expected to enjoy the best rate of US growth this year, with search being the main driver of expansion, as marketers endeavour to maximise the value of their depleted budgets.

While TV is set to see a 4% decline in adspend in the US for 2009 as a whole, the medium is also forecast to retain its overall share of the market at the cost of other media, particularly newspapers.

Overall, press advertising’s share of American adspend has fallen from 36% to 24% in the last decade, and ad revenues are predicted to fall by 9% this year after posting a 14% decrease in 2008. 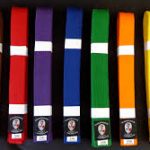